So I decided to try and make coconut yogurt. I tasted the most amazing coconut yogurt when I was in Australia, so I simply had to give it a try myself.

I decided to make three types of yogurt. One from young coconut, one from coconut milk, and one from a normal old coconut (even though all the recipes specifically calls for young coconut I thought "why not just see what happens").

Making coconut yogurt is very simple. You mix the meat of a young coconut (or coconut milk) with a tablespoon probiotics and then you wait for about 24 hours. I put the cans with mixed ingredients in the oven and turned on the oven light, that's enough warmth for the probiotic culture to grow.

My first try wasn't good enough to eat. I must either have left the cans in the oven for too long or simply put too much of probiotics, because all of them tasted really sour. (More like filmjölk (sour milk?!) in sweden, which I'm not a fan of). I also understood why you don't make it on normal coconut, because it looked more like coconut porridge than yogurt.

But my second try with a yogurt made on coconut milk worked great! I put in some vanilla and it got to a good place of "yogurt sour" so I ate it for breakfast with raspberries and cornflakes the next day! Mums (yummy in swedish)! 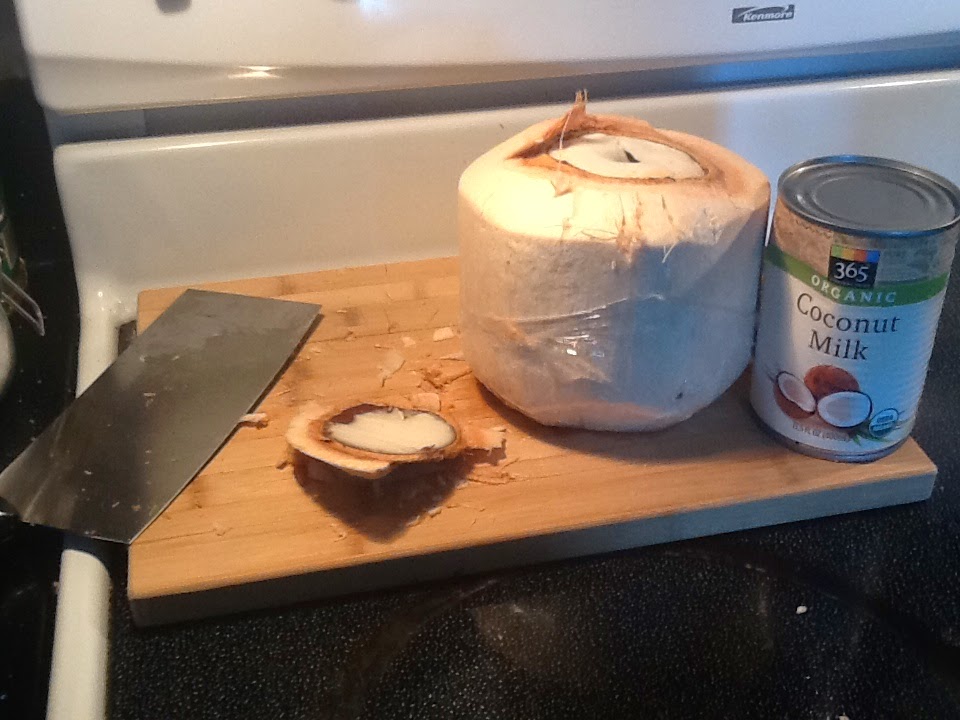 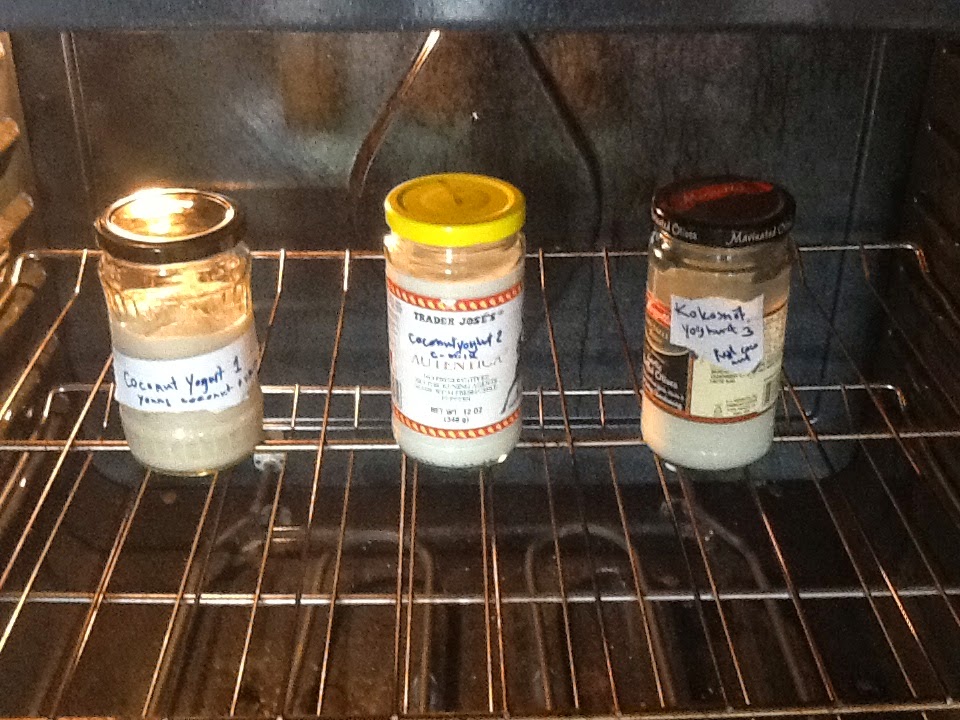